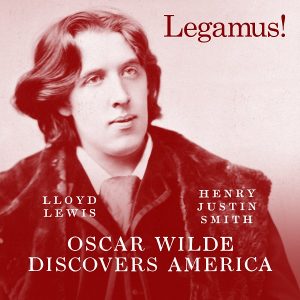 In 1882, Oscar Wilde toured North America from New York to San Francisco and Montreal to New Orleans, lecturing on art and home decoration. The American public was familiar with Wilde thanks to the newspaper cartoons that mocked him and his fellow aesthetes for their peculiar dress and ideas. They were more eager to see his long hair and knee breeches than hear him talk. Oscar Wilde Discovers America [1882] is the first full account of Wilde’s tour. Lewis and Smith create a picture of Wilde at the very beginning of his career, and vividly conjure the cultural milieu of America at the end of the 19th century. (summary by Rob Marland)